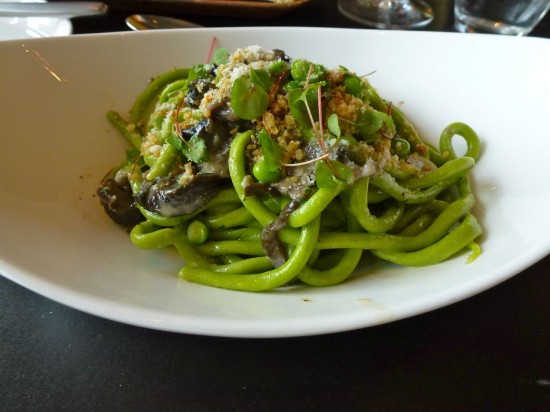 I arrived at a Theatre District hotel a day early for the recent International Association of Culinary Professionals conference in NYC but the anticipated tour of the Italian stores on Arthur Avenue was cancelled. My Inner Italian was primed for action, however. Since I wasn’t up for navigating public trans to the Bronx, I consulted The Platt 101 in New York magazine, a list of the top eateries in town. 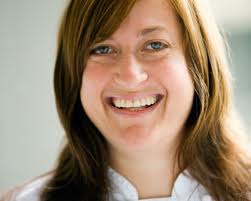 Chef Missy Robbins of A Voce.

At Number 27, A Voce on Columbus Circle spoke to me. Platt wrote, “Missy Robbins’s reputation as a pasta savant has been secure since her Chicago days at Spiaggia, when she was President Obama’s favorite chef.” Bingo, an immediate connection back to my days in the metropolis on Lake Michigan when Chef Paul Bartolotta’s Spiaggia defined l’alta cucina. (Chef Tony Mantuano is now the capo with one Michelin star.)

Ordinarily, a restaurant in the Time Warner building would not be my first choice budget-wise (Thomas Keller’s über-elite Per Se reigns under the same roof) but I was feeding my disappointment about Arthur Avenue. 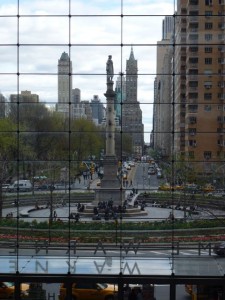 Seated at a banquette that backed the glass-walled kitchen, I surveyed the traffic circle and Central Park to the east. Cristoforo Colombo would be my dining companion.

The $29 prezzo fisso lunch, featuring dishes from the Trentino-Alto Adige region, looked like excellent value. This is what I tried, accompanied by a quartino of Verdicchio di Castelli from Le Marche . . . 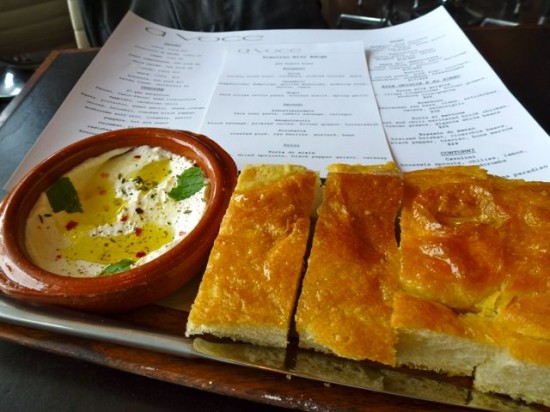 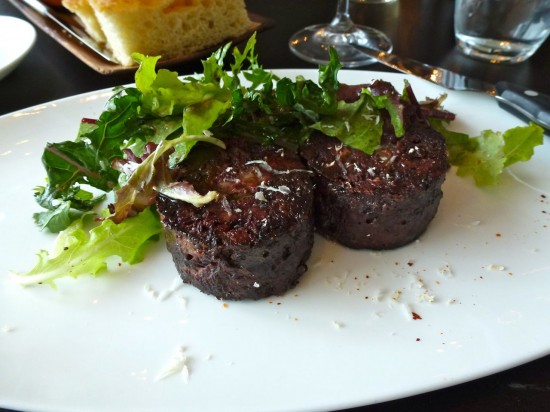 With my espresso, I received two house-made marshmallows. Really, I thought to myself, isn’t this fad over? 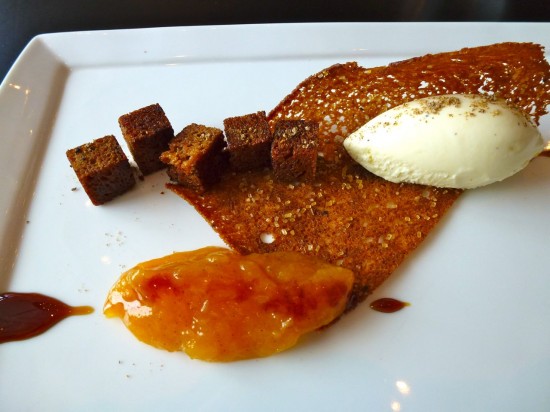 I shouldn’t have thought with my mouth full. 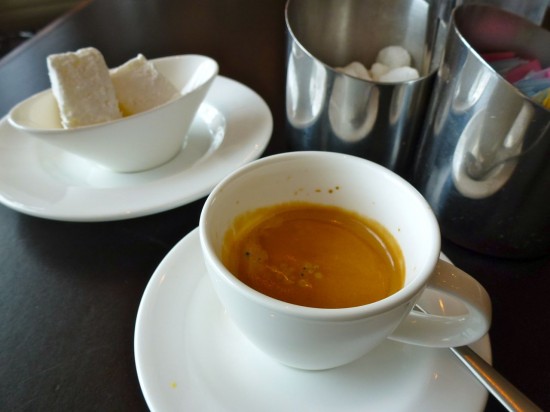 Tender sweet pillows encased in a gossamer sugar skin were like no bagged marshmallow I ever ate.

« Botticelli Comes to Bucks County, PA
Offering of the Angels »