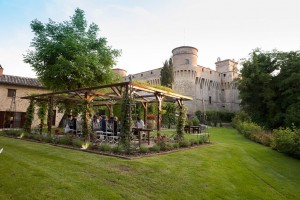 Castello Civitella Ranieri, near Gubbio, is now a foundation for the arts.

Italy, for me, has always been a catalyst for my dreams. I was a freshman in high school in California when I met my first foreign-exchange student and from then on my dream was to be a foreign exchange student.

This dream came true when–as an alternate for an American Field Service foreign-exchange summer scholarship (my classmate, Fred, had been picked to go to France)–I was told that an Italian family wanted a student. This was unprecedented.

Our local AFS chapter had never sent two students abroad. But, with the backing of my wonderful teachers and friends who contributed to the “Send Patty to Italy Fund,” off I went to live my dream!

This was only the beginning.

As an adult, my dreams continued to materialize. I was teaching Italian, French, and Spanish languages at Muhlenberg College when one semester I invited my French Civilization students to my house for croissants and cafe au lait. 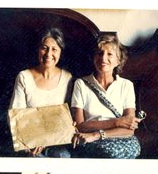 One of the students, Jennifer Downey, noticed a hand-painted ceramic plate in my kitchen. She shrieked with excitement and asked, “Is that a Rampini?” I said I wasn’t sure–I’d chosen it for its medieval knights design.

I wondered how a French major knew of this ceramics maker in Umbria. She explained that a friend had invited her for several summers to visit and stay in a fifteenth century castle not far from the small town where the Rampini family produce their maiolica.

The spring semester was ending and when Jennifer came to my office for part of the final exam, she brought a postcard of the castle and asked if I would like her to ask her friend to invite me and my husband! I gasped in excitement and said: “Is the Pope Polish?” 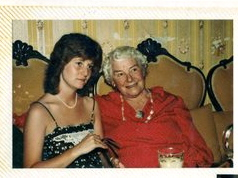 In 1982 he was and we were invited!  Our hostess was Ursula Corning, a delightful, intelligent, multi-lingual British-American who loved people and cats. Jack and I arrived at the fifteenth century Castello Civitella in time to celebrate our eighteenth wedding anniversary!

The cook, who every day rolled out the pasta on a marble slab, produced a beautiful cake with two entwined hearts. After a Spumante toast, we headed to nearby Gubbio (where the Rampini plate originated) where we attended a candlelight concert in the cloister of the thirteenth century church.

For Patricia DeBellis, Civitella Ranieri was the road taken.

This was the wonderful beginning of a fifteen-year-long invitation to a magical, artistic and educational summer stay. Is it any wonder that I love Italy?

Where did your Italian dream come true, or, where would you like it to come true?