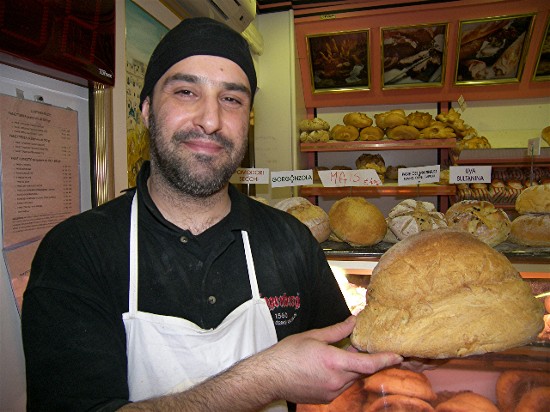 When I visited Martino Casa del Pane (House of Bread) in Matera shortly before their midday closing, the foot traffic was as thick as rush hour in Manhattan. Artisanal bread is a big deal in Italy and nowhere more so than Matera, the ancient Basilicata city that is built on caves. Neighboring Puglia is the biggest durum wheat producer in Italy so fine flour is close at hand. 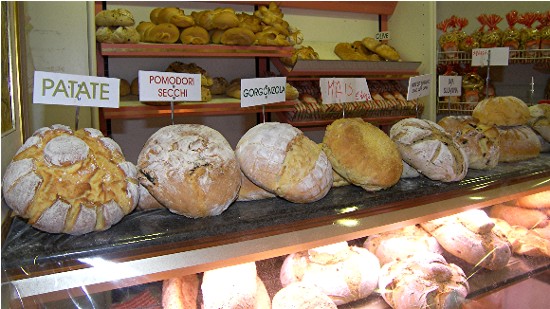 After eating bread in Italy, I inevitably return home fired up to create loaves of my own. Granted, the bread does not taste exactly like the oven-baked beauties from Casa del Pane but necessity is the mother of bread making.

Lately, I’ve been changing my standard rustic bread formula to make a heartier loaf studded with chewy whole wheat berries, which are simply whole grains of wheat. I also add some whole wheat flour, semolina, and a few tablespoons of ground flaxseed for added nutrients. The resulting loaves are  filled with good grain flavor but surprising light with a crisp crust. 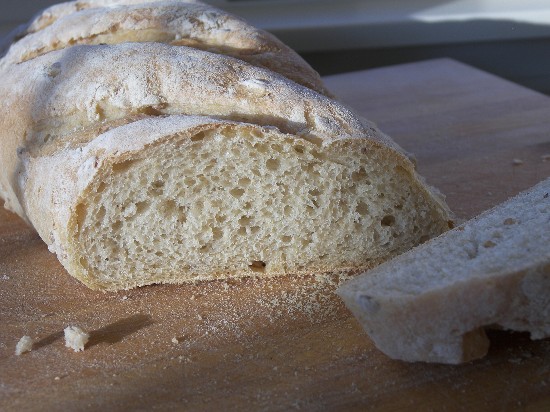 I start one or two days ahead by mixing a biga, (sponge) a paste made from flour, water, and  dry yeast. As it ferments, it develops flavor that will enhance the finished bread. 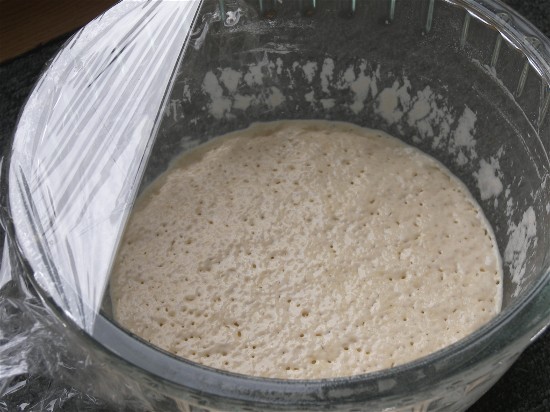 Mix the sponge in a 4-cup glass measuring cup or clear glass bowl and you’ll be able to see its bubbling action throughout the process. You’ll also give the mixture the room it needs to expand to three times its original volume. Cover it with plastic wrap and tuck it in a cool spot (or in the refrigerator) for 12 to 48 hours. The thick mixture will bubble up and rise, and then fall slightly. At the end, it will look like pancake batter. If some of the liquid separates from the batter part, don’t worry. 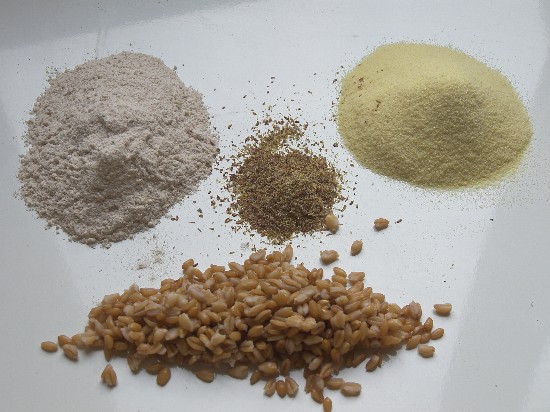 To prepare the dough, the sponge is mixed with more flour and water, salt, and any add-ins you like — from wheat berries to herbs to grated cheeses. Knead the dough on a lightly floured surface for 4 to 6 minutes, or until the dough is resilient. Even novice bakers will sense when the dough has been sufficiently kneaded: It feels alive.

If you’re making bread for the first time, you may want to prepare by hand rather than using a machine. The experience will be more tactile and pleasurable, not to mention educational, as you feel how soft and moist this dough should be. But the recipe will also work in a food processor or electric mixer fitted with a dough hook. A plastic dough scraper makes quick work of cleaning the mixing bowl. Bake the bread on heavy baking pans that don’t buckle with the high heat. If you have a ceramic baking stone, preheat it and bake the loaves directly on it for a crisper crust.

After the baked bread is cool, store in a brown paper bag for a day or two. Or, do as I do and slice and freeze the loaves.