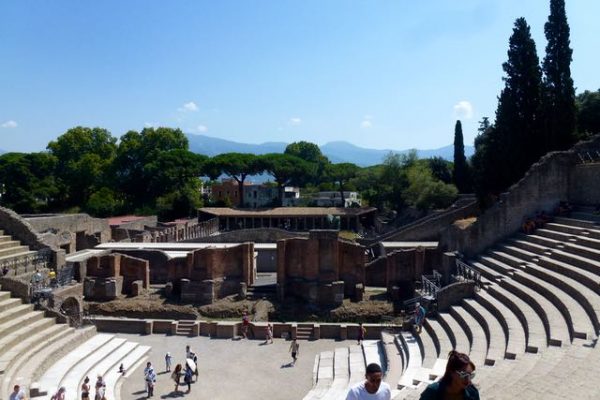 Italy may be fragile but our love for the land and its people is unshakeable.

“We all forget—visitors and residents alike—that Italy is a stunning but shaky land,” wrote Beppe Severgnini in The New York Times after the recent devastating earthquake in central Italy on August 24.

Only a few days before that tragic event, Walter and I were in the Naples area face-to-face with the history of Italy’s fragility: the destruction of Pompeii in 79 AD. Eerily, historians pin date the deadly volcanic eruption of Mt. Vesuvius as August 24.

We walked the stone streets of the once-prosperous town of 20,000. We saw the stone shells of its homes, shops, public baths, and amphitheaters. We looked in appropriate awe at the peak of Mt. Vesuvius less than five miles away. A French couple we met had climbed Vesuvius to peer into the crater. Like looking into the mouth of hell. 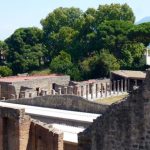 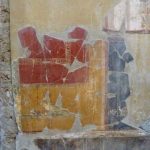 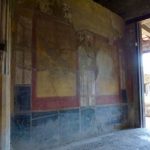 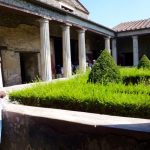 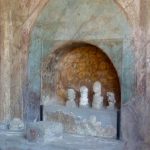 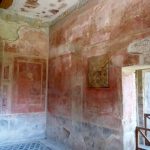 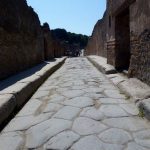 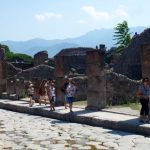 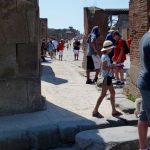 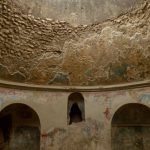 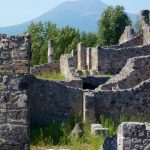 The Past is Prologue

The volcanic eruption that time-encapsulated the ancient Roman settlements of Pompeii, Herculaneum, Oplontis, and Stabiae was preceded 17 years earlier by an earthquake and subsequent tsunami. Modern scientists understand that these natural disasters are caused by a fault line where the Eurasian and African plates come together and pull apart to facilitate earthquakes and volcanic eruptions. In other words, a really bad location for one of the world’s greatest civilizations.

As Severgnini explained, “Since 1861, when the country was unified, there have been 35 major earthquakes and 86 smaller ones. Every region has been hit. Over 70,000 people lost their lives in an earthquake that struck Messina, Sicily, in 1908. The island was hit again in 1968; Friuli in 1976, Campania in 1980, Abruzzo in 2009, Emilia in 2012. The Apennine mountain range, the geological spine of Italy, has been repeatedly battered.”

Italy shall prevail. It always has. The hope is that it will prevail with earthquake-proof buildings and improved seismic activity forecasts. Italy may be fragile but our love for the land and its people is unshakeable.

For information on how to donate to relief efforts for people affected by the earthquake in central Italy, click here.

We had fun with our tongue-in-cheek commentary Colosseum ‘Naming Rights’ about the Italian government’s plea for private funding to restore this seminal landmark. Now, we’re eating some of our words.

Diego Della Valle, owner of the wildly successful Tod’s luxury shoe and accessories company, based in Le Marche, has pledged €25 million (approximately $33 million) to the project. The motivation appears to be noble. Della Valle is quoted in the Wall Street Journal, “You won’t find a Tod’s shoe or bag hanging from the Colosseum’s walls. It’s an undertaking with great cultural relevance and that’s enough. We are ambassadors of Italy’s life style and it’s really our duty to give off a strong symbol.”

Meanwhile, the stunning results of a just completed $1.4 million restoration of the Colosseum’s hypogeum (the levels lying below the ground) are the subject of a fascinating article in this month’s Smithsonian. Heinz-Jürgen Beste of the German Archaeological Institute in Rome, led a team of German and Italian archeologists in a 14-year project deciphering the functions of the hypogeum. This subterranean nerve center housed elaborate mechanisms for storing—and raising to stage level—the scenery, equipment and wild beasts employed in the lavish, gruesome spectacles.

The Colosseum flourished from the first to sixth centuries AD. After the empire crumbled, the massive structure successively became a stone quarry, a dump, and shopping center. All the while, natural decay took its course eventually burying the hypogeum under 40 feet of soil. During Benito Mussolini’s glorification of ancient Rome in the 1930s, crews excavated the earth hiding the hypogeum but the inner workings remained a mystery.

Thanks to the contributions of Tod’s and the scholarship of Beste and other archeologists, the Colosseum will continue to reveal its wonders. But what about the Italian sites (nearly 40 in all) on the World Monuments Fund Watch Sight? This a list that calls attention to endangered cultural locations.  Pompeii has been on the list since 1996 and is recently in the news because of the increasing rate in which structures there are collapsing.

The future of these sites is indeed uncertain.  Newsweek reports in The Ruined Ruins that the 2011 budget of the Italian cultural ministry, which finances most preservation, is $340 million, down from $603 million in 2008. You can learn more about efforts to save Italy’s treasures at the culture watchdog and education group Italia Nostra site.

Tell us what you think about saving Italy’s archeological treasures.

Who should pay for it? Is it worth the cost?