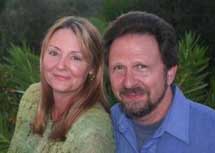 During his busy life teaching seminars in art and psychology at several graduate schools in the California Bay Area, the Tuscan Bug went dormant. But when he and his wife, Pamela Mercer, visited Tuscany in 1991, the virus really flared up. Summer-long stays led to buying a house near Siena, and then finally moving to Tuscany with Pamela and their daughters, Siena and Emma. The couple have created Tuscany Tours, which hosts small specialty itineraries of Tuscany and beyond. 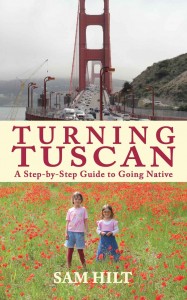 Sam Hilt shares his story of making a dream into reality.

The narrative soars when he explains, with considerable wonder, the first impressions of immersion in village life. He realizes that Italian life really does have a fair share of sole, vino, and mandolino. He deftly explores learning the language, watching his kids dance with ease to Tuscan rhythms, marveling at the artistry of the woman who makes the coffees at the local bar. Pamela’s evocative poetry, sprinkled throughout the book, adds dimension.

Upon reflection, he distills the three ingredients that make Italian life blissful for him: beauty, time, and authenticity. He realized that he’d better capture these fresh observations before they became a routine part of his new life.

With time, the challenges of everyday reality in Italy sometimes exposed a less than dolce vita. For these, he provides hilarious reportage on mind-boggling bureaucracies, the frustrations of customer service, and the little cultural quirks that become apparent when you actually live and work in a foreign place.

Hilt uses the term “bubble” to describe his collective life experiences and influences. The hospital episode, and the thorough review of what has led him to Italy, has expanded his bubble.

Like a gelato in the piazza on a blistering day, Turning Tuscan is molto divertente.

Have you dreamed of living in Italy? Where would you make your home?