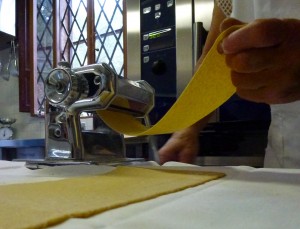 The site was La Bottega di Stigliano, a combination retail shop—specializing in locally produced agricultural products—and a restaurant. The building was a former casa del popolo, a people’s house where in olden times farm workers would meet to sell products. The casa also served as a social center. It was, in a sense, a one-stop shop where people could fill their baskets with food and make social connections. END_OF_DOCUMENT_TOKEN_TO_BE_REPLACED