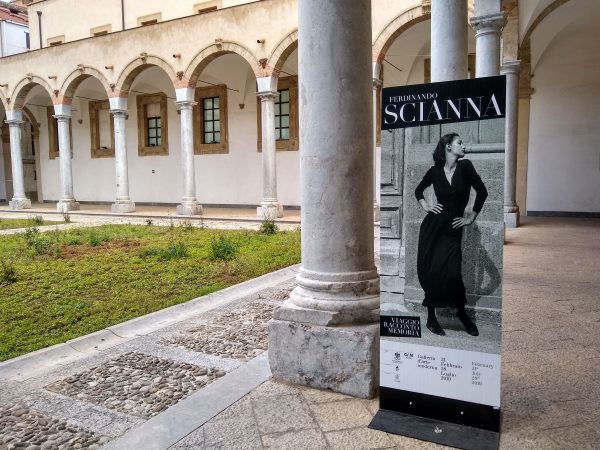 I had never seen Scianna’s work prior to this show. Now, I can’t imagine a world without it. His eye is keen and empathetic.

The work is emotional, moving, often unsettling. Powerful black-and-white images from Sicily, Bolivia, Yemen, Lourdes and other worlds are grouped into The Memory, The Story, Obsessions, The Journey, The Portraits, Rites and Myth. Printed narrative by Scianna accompanies each section. Living creatures, both human and animal, inhabit almost every photograph.

I related to Scianna’s thoughts on ombra (shadow).

“Photographers from the north who photograph the south of the world, for example, produce very bright, dazzling, apollonian images. This is what they seek and see in these places. In the same places, the images the photographers who were born there see are often dark, filled with shadows, dramatic. It is not just a question of atmosphere. Gesualdo Bufalino titled his book of Sicilian things Light and Mourning. We are already inside a psychological and emotional territory. 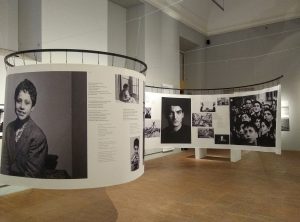 My images, and not only those of Sicily, are often very black. I see and compose starting from shadow. The sun interests me because it casts a shadow.

Dramatic images of a dramatic world.”

Ferdinando Sciacca was born in 1943 in Baghiera, Sicily, near Palermo, during an Allied bombing. He completed his studies in literature and philosophy at the University of Palermo. At the age of 21 he joined with renowned Sicilian writer Leonardo Sciascia to produce the first of several joint works: Feste Religiose in Sicilia. He worked as a photojournalist in Milan before being brought into the Magnum Agency in 1982 by his mentor Henri Cartier-Bresson. Since 1987, he has combined reportage with fashion photography and advertising.